The Official World Synthetic EPDM Bocce System is ideal for the more exacting, precise, competitive player with a desire to have a faster, zero maintenance high quality bocce court surface.  From the Old World of yesterday to the New World of today—there is only one patented technology which has taken Bocce to another level in the competitive arena.  This state of the art system is designed for the discerning player or club who demands the quality of an internationally recognized surface without the grueling maintenance of a substandard organic medium.

At the international levels, this system is fast becoming the rule versus the exception.
It's the most technically advanced competitive Bocce court surface system available today and only a few companies in the world are capable of installing it correctly.  Bocce Builders of America is the only company in the United States certified to install this system.

The benefits of a poured-in-place system include no maintenance, consistent ball speed, international recognition, durability and wind resistance. It is perfect for high-end residential and commercial application since it affords all the aforementioned benefits along with the internationally recognized designation as Bocce Builders of America’s “official world competition surface.” 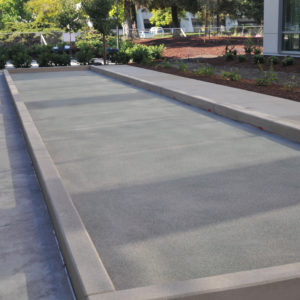 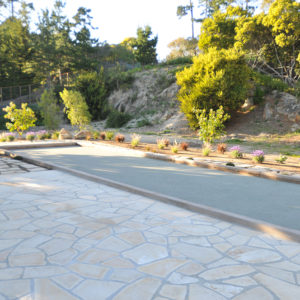 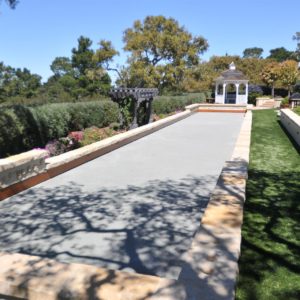 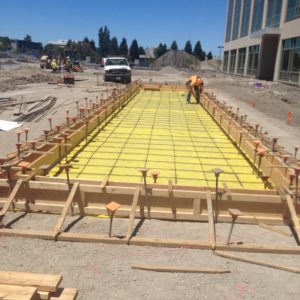 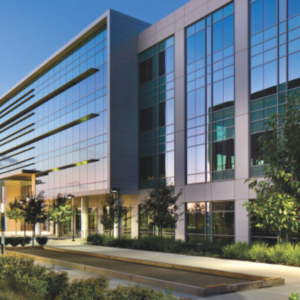 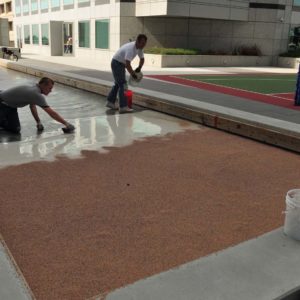 Bocce Builders of America now has 4 custom epdm blends to choose from when selecting colors for your World Synthetic Bocce Surface.

Ok, don't faint.  In fact, this competitive, fast, world renowned bocce surface is not for the faint of heart and if you're on a budget, don't read further.   Yes, it's beautiful.  Yes, there are beautiful color options.  Yes, it's highly custom manufactured for each court.   Yes, it requires only highly trained, certified installers and yes, the owner of the company is present on every World Synthetic Bocce court installed no matter where in the world your project is.  Additionally, we have to fly our entire crew and the owner to the project and you have to pay for that as well.  So, if you've worked hard and feel like you deserve this highly custom bocce surface then this could be the surface for you!  Pricing available upon request at 925.932.4108 or to our bocce guru direct at 925.766.5334.

We Are Experts In...